Due to the worldwide pandemic Kathleen experienced many canceled opportunities including performances with Palm Beach Opera,  The Bristol Cathedral and Virginia Baroque Academy. However the pandemic proved to be a time of creativity and Kathleen produced several virtual concerts including, An Evening of Classical music, Night of Italian Opera and more. Additionally she performed Roselinde in Die Fledermaus in KJR Studios virtual production of Die Fledermaus.

In 2019 Kathleen performed the role of Lauretta in Gianni Schicchi with NOIO, and toured in New York, North Carolina and Illinois with her well known ensemble “Canto Zenzero, The Singing Gingers”.

In 2018 Kathleen sang the role of Kate Pinkerton in Madama Butterfly at the Princeton Festival under the direction of Richard Tang Yuk, as well as being a featured soloist in Vivaldi’s Gloria with the choir at St. Mark’s Episcopal Church, Glen Elynn. Kathleen was seen as an Emerging Artist in Residence with The Fort Wayne Philharmonic and was invited as a vocal fellow to Opernfest Prague, under the direction of Maestro Richard Hein in 2017. 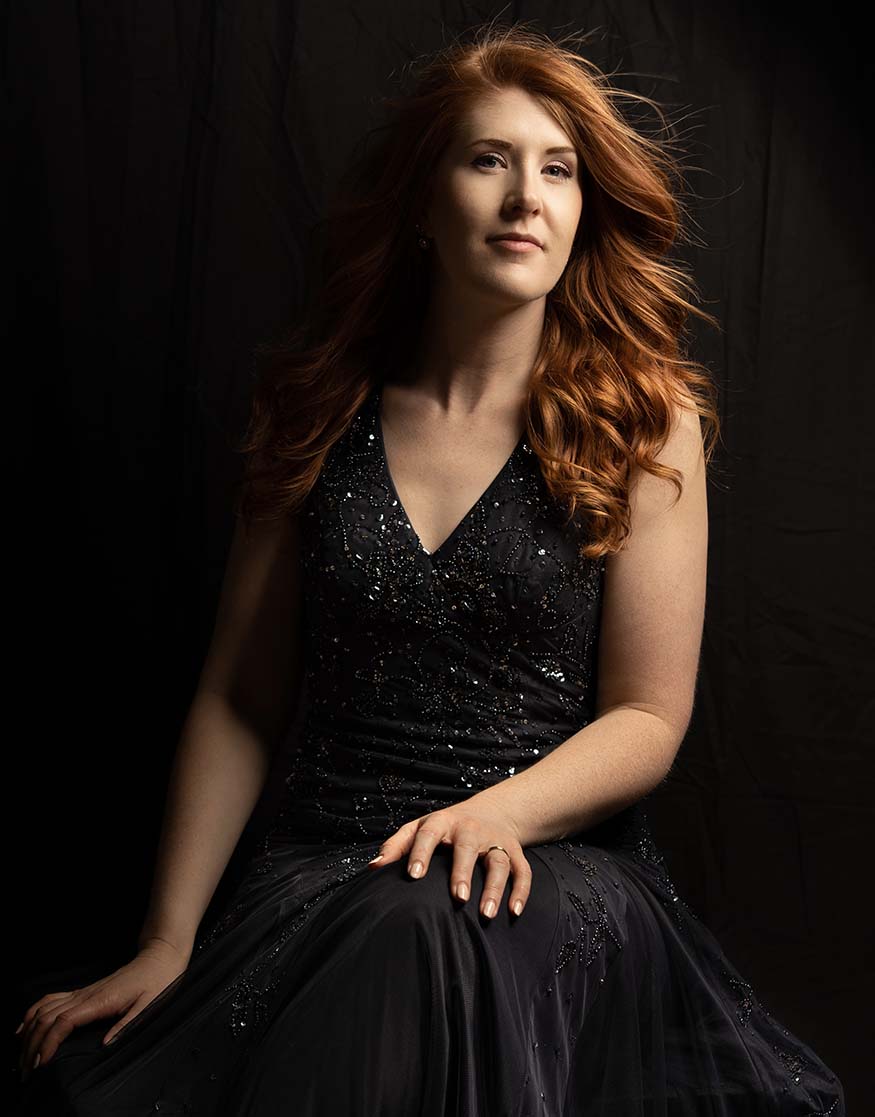 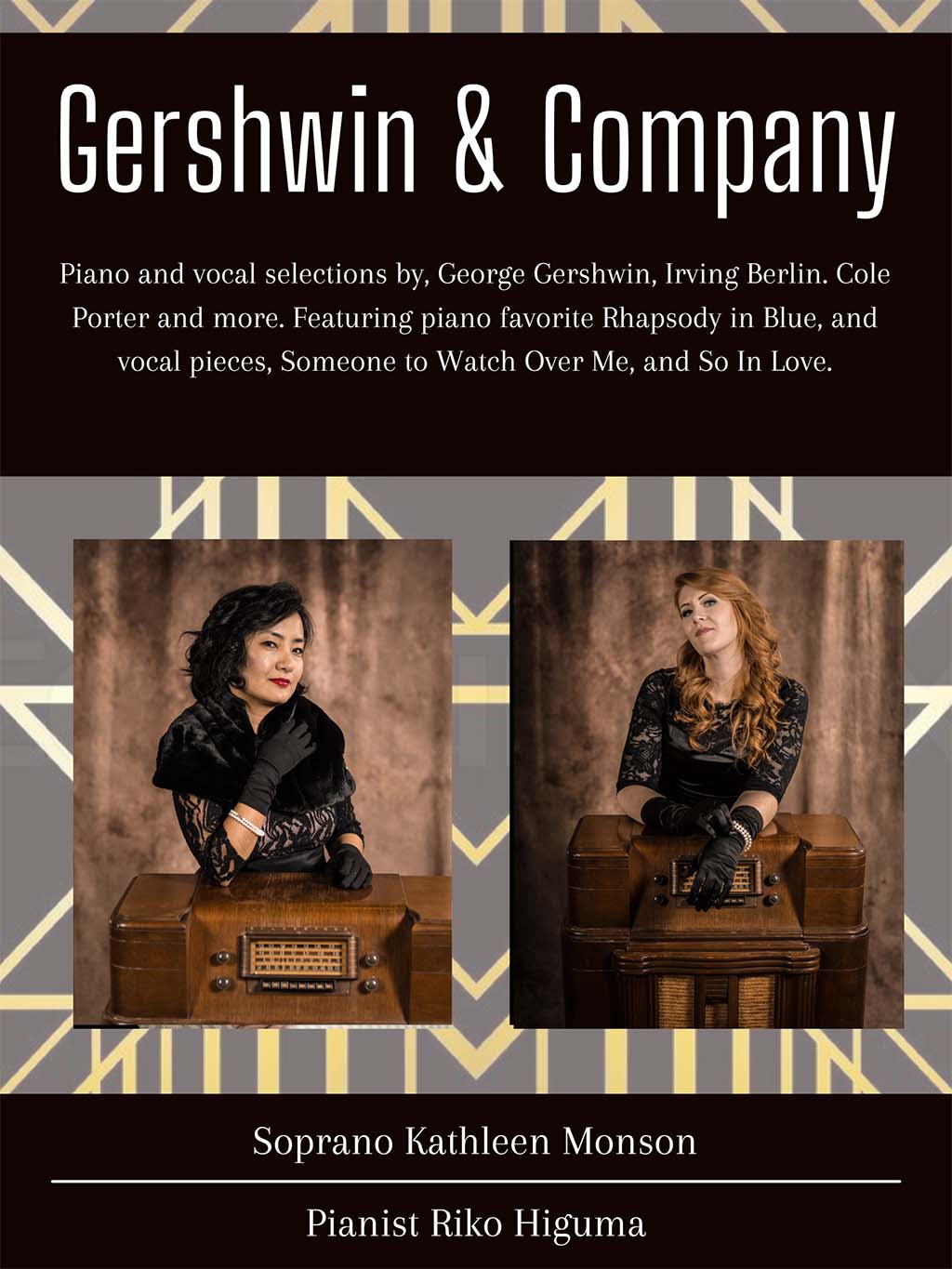 Our concert productions seamlessly combine musical genre favorites into an entertaining and compelling concert. Featuring opera, musical theater and art songs, our artists combine vocal and instrumental music for a truly wonderful experience. Each concert can be modified for a forty-five, sixty, or ninety minute concert, and are adaptable for one, two or three voices. Our concerts have the flexibility to be enjoyed as a formal concert experience, or can be modified for special occasions, events or celebrations. Our most popular concert offerings are listed below, however we are happy to help customize and create a concert experience for your specific event.

From the composer who brought you Porgy and Bess, Funny Face and American in Paris, this concert is a perfect fit for a fundraising event or an afternoon gathering. Gershwin and Company celebrates the works of not only Gershwin but similar composers Irving Berlin and Cole Porter. Featuring piano favorite Rhapsody in Blue, and vocal pieces Someone to Watch Over Me, So In Love and many more, this concert will have your audience tapping their toes the entire time.

Perfect way to elevate your St. Patrick’s Day. Classically Celtic is an evening of vocal and piano music from well-known composers Benjamin Britten, Mendelssohn, and more. Featuring beloved pieces from the Celtic repertoire, our artists add a classical twist to such songs as She Moved through the Fair, Down By the Sally Gardens and The Kerry Dance.

Entertainment for a patriotic concert, veterans concert, or to celebrate the fourth of July. Sea to Shining Sea takes the audience on a journey through the beloved patriotic tunes of the United States. Favorite pieces from Aaron Copland to Irving Berlin, this concert is sure to celebrate those who have fought for our country and those with a Patriotic Spirit.

Music for the Hour

Drawing from the experience and knowledge of classical music, Music for the Hour features composers such as Chopin, Donazetti, and Strauss. This concert seamlessly combines the musical genre favorites of classical, operetta and musical theater. Highlights from Die Fledermaus, Lucia Di Lammermor, La Cenerentola and others provide a musical experience appropriate for any gathering.

Music for the Christmas Hour

With the success of Music for the Hour, this concert celebrates beloved Christmas music with a classical twist. This concert features favorite Christmas songs and piano music including O Holy Night, Panis Angelicus, and The Most Wonderful Time of the Year. 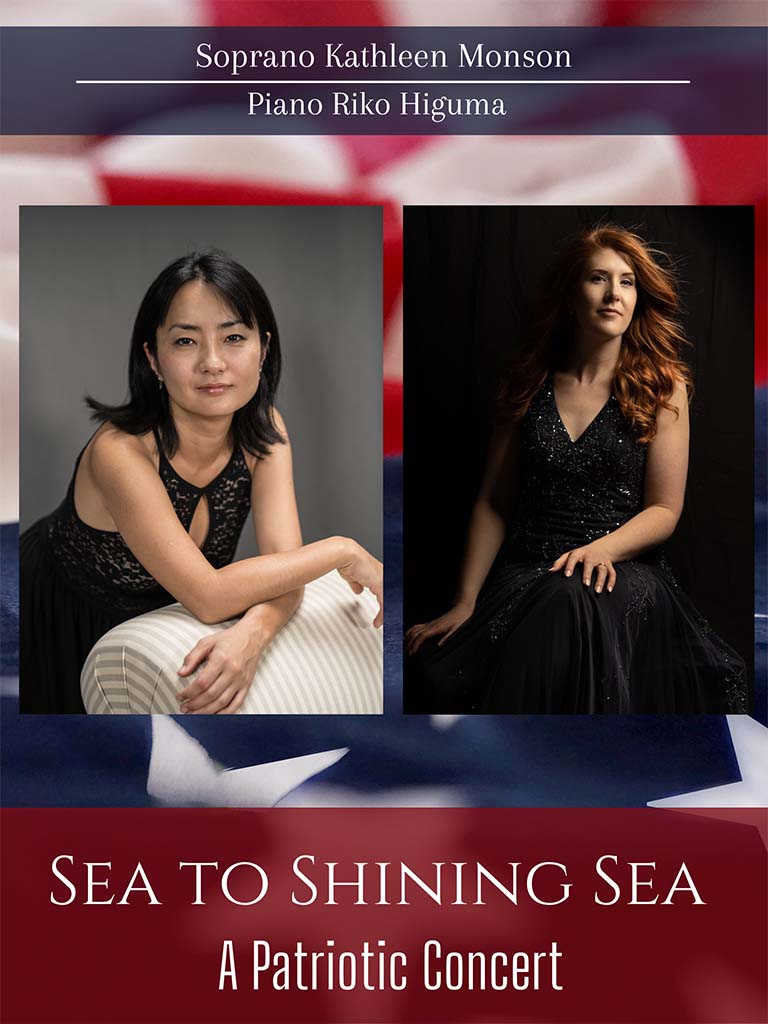