My seat on the flight, fantastic location

Well Opernfest is at a very exciting start to say the least! Forgive me if I am rambling a bit.. I think I am still slightly jet lagged. I first want to say that I have arrived safe and sound in Prague and I am off to a wonderful start, though it has been quiet exciting getting here!

On Saturday things were not looking good.  I started my first flight with a delay, apparently there were technical issues with the plane leaving Berlin so instead of getting out of Chicago on time we left about three hours later, which meant I was going to be missing my connecting flight in Berlin! I am so grateful I had decided to fly out a full day early just in case! The flight from Chicago to Berlin was about 8 and a half hours. I don’t know how I lucked out but the seat next to me was empty so I was able to spread out a bit on the flight. On a side note, I did learn my lesson about deciding when was the most appropriate time to try and multitask.  Don’t try and do two things at once when singing at a Latin wedding, somehow I booked my seat right across from the bathroom. So I was able to help pass the time with the symphony of flushing.

Minus that small detail the flight was great, I mainly watched movies and attempted to sleep. I arrived in Berlin two hours after my departing flight so I was told to head through the airport and find the help desk.  Well fast forward an hour later and I was back at the checkin line through security and on a 1pm flight to Prague. Unfortunately my second flight was also delayed, only by a few hours so I ended up arriving in Prague at 3:00pm instead of my original 10:00am arrival time! I figured something may have happened with my luggage and indeed none of it had come along with me. I was quite happy my family convince me to bring a small suitcase with everything I may need in it and I am so grateful that I did. After sorting things out at the Prague airport I jumped in a cab and headed for my AirBNB.

By the time I arrived at my little apartment I was so exhausted I am honestly not sure howI was making and conscious decisions, but I managed to find a few small stores get some food and took a quick nap! Somewhere I woke up around 8pm and spent the better part of the evening trying to get the bag situation under control. So at 1:30am I got a knock on my door and two out of my three bags had sitting at my front door! Yes you guessed it one bag was missing….

was a rough introduction to Prague, but with all the hassle I could not be more excited to be here. This city is so wonderful and charming, the few minutes I got to wander the streets finding food is making me anxious and excited to explore more of the city! So much of it reminds me of Italy with the stone windy streets, and palaces in the horizon, I can’t believe I am actually here. We will begin in the morning, but for now enjoy some pictures I took of this beautiful city, tomorrow the singing begins!

“Obstacles are opportunities in disguise” 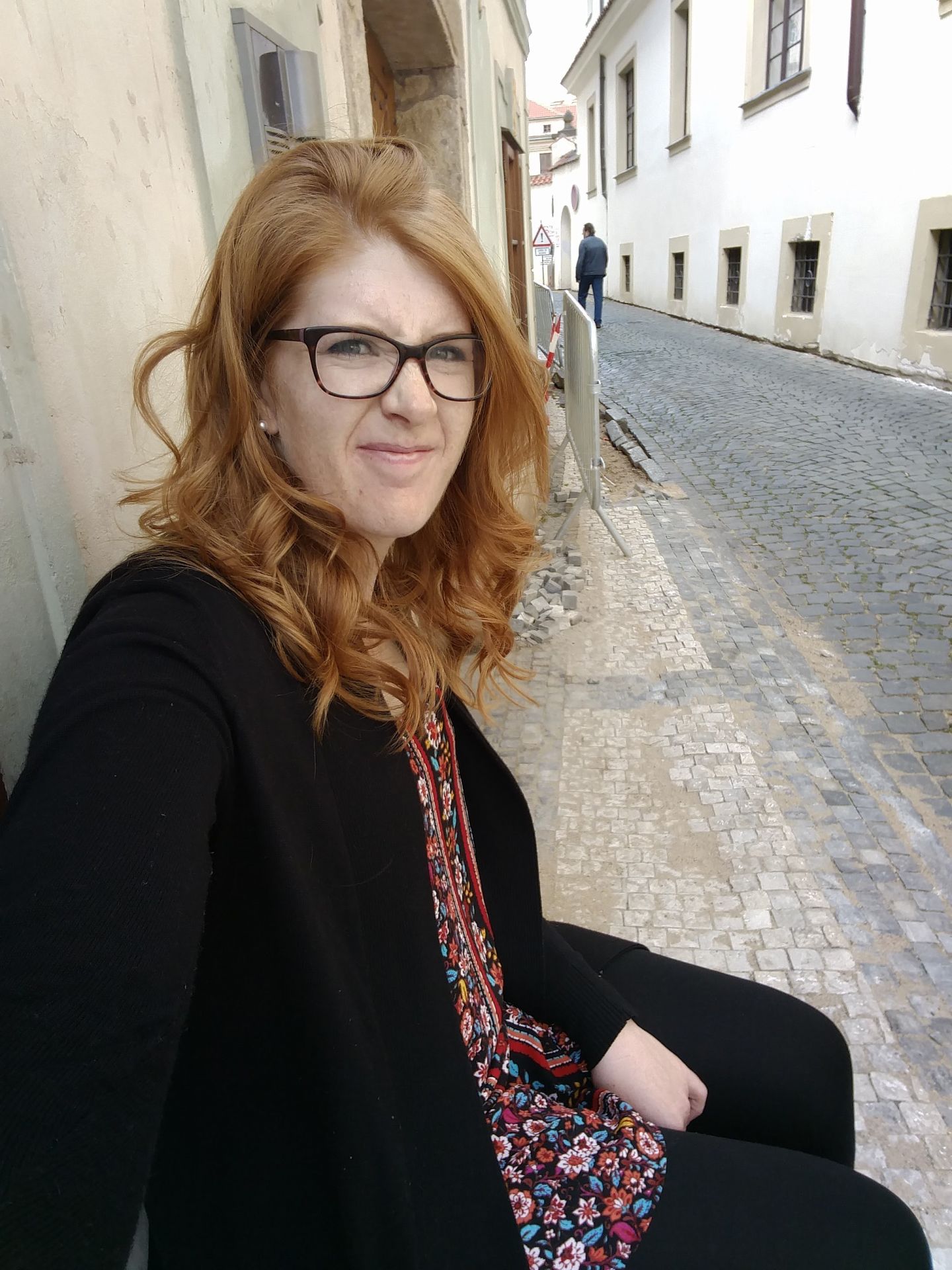 Sitting outside the AirBNB..the glamorous life 24hours of travel So the only thing that was open was a cheap Chinese place.. not gonna lie it tasted amazing! 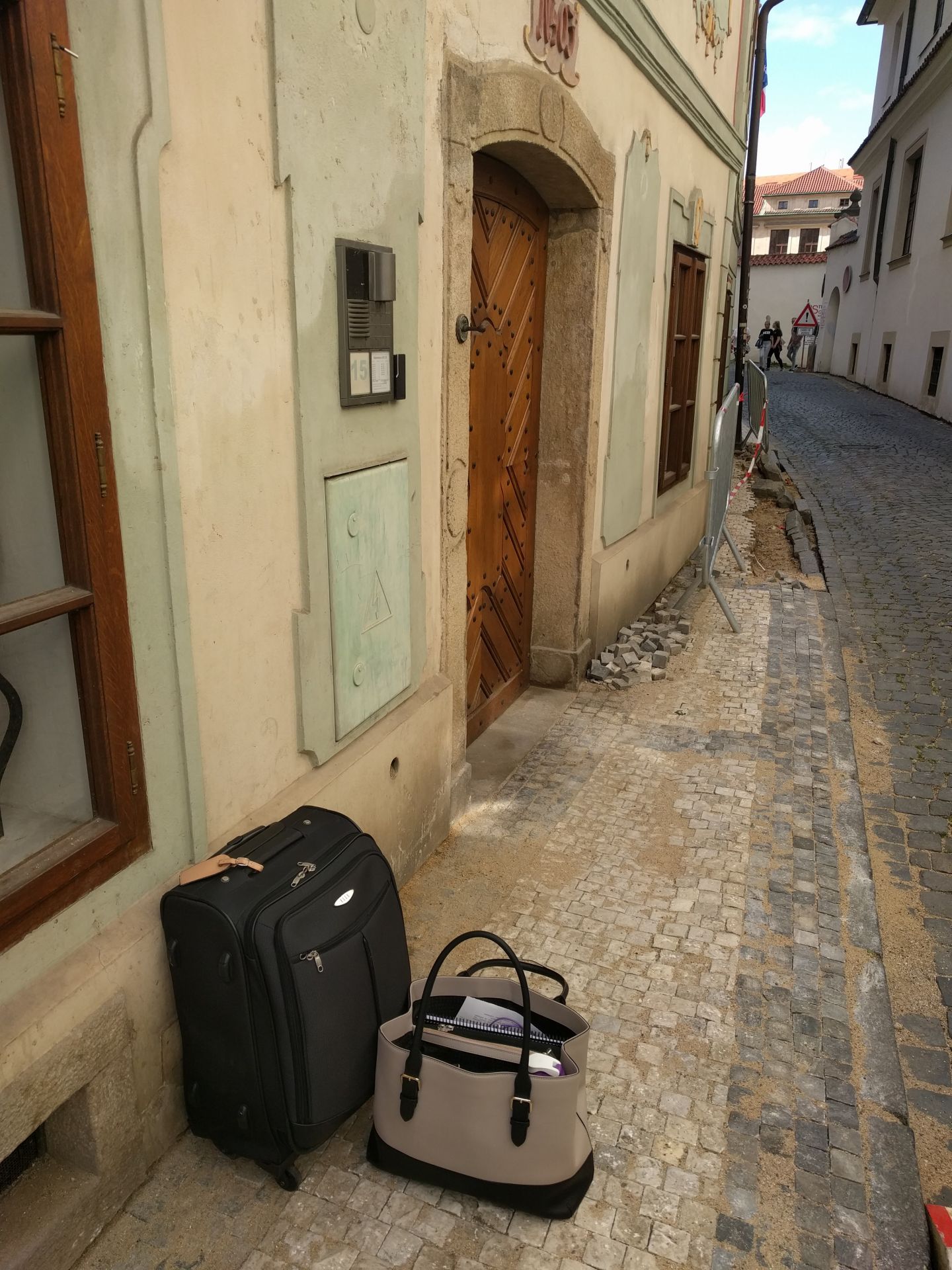 To the left is my cute little home 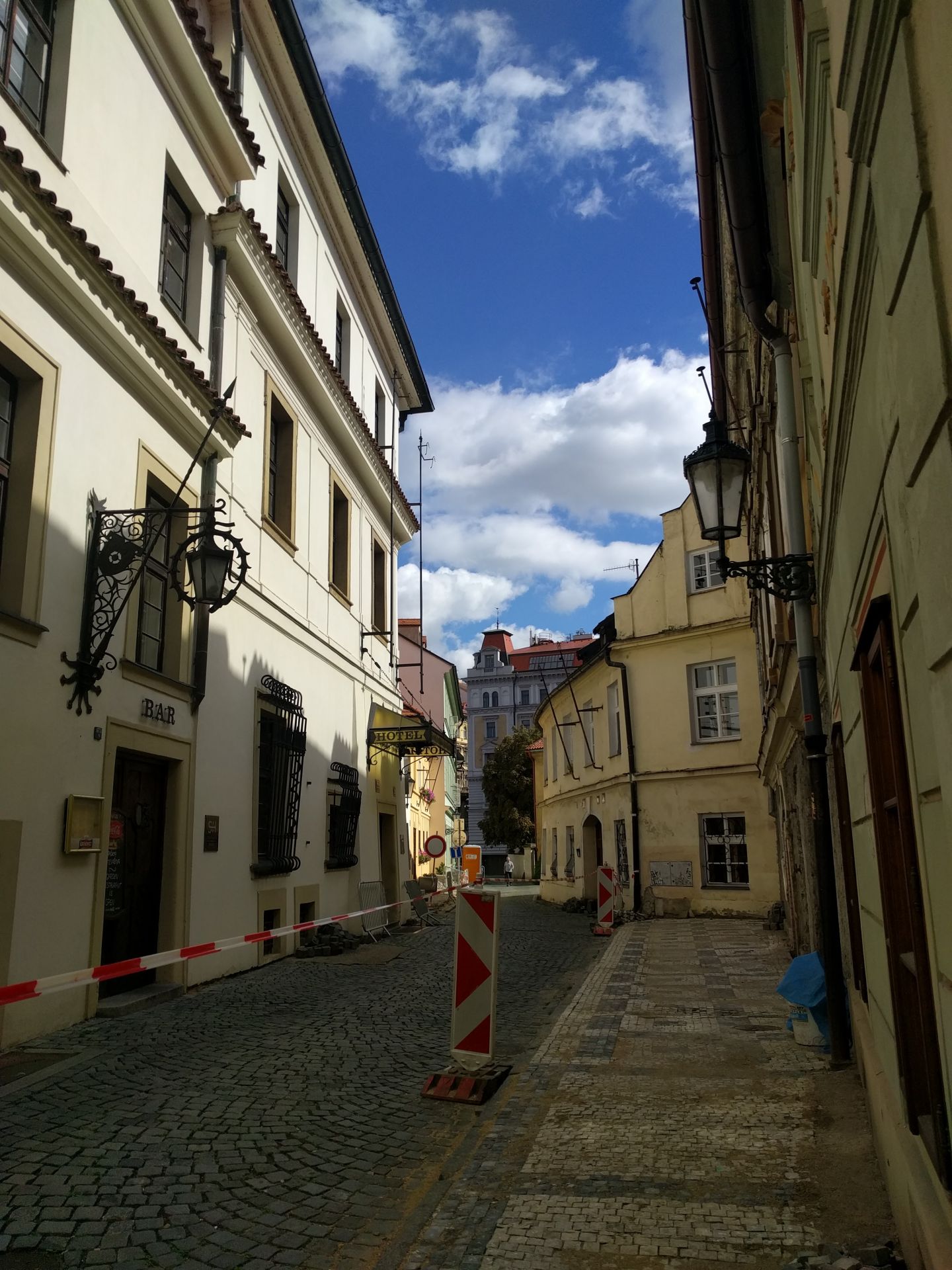 Looking down the block from my apartment